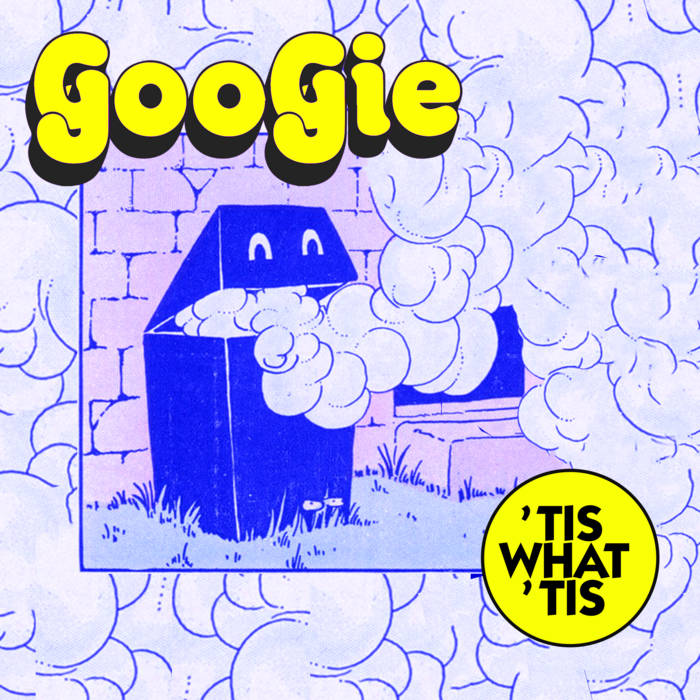 "'Tis What 'Tis" is Googie's relentless debut solo album, hitting you with banger after shmanger of Googie's infectious vocal stylings over original beats you can't help but boogie to. Old school rhymes with a splash of intelligence are on full display, inviting you to vibe along with Googie's contagious, upbeat energy. So far out its getting colder, "'Tis what 'Tis" comes fresh on the heels of 2015's acclaimed BALD AFRO collaboration with underground workhorse Lt Headtrip, thrusting Googie to the forefront whether the world is ready or not.

Hailing from West New York, NJ and currently based out of Queens, Googie is as confident and vibrant as the great city he calls home. Googie has spent years honing his craft in the independent rap scene, both as a solo artist and as a member of New York's loudest collective, the Karma Kids. "'Tis What 'Tis" features a who's-who of underground stalwarts, with features from fellow Karma Kids-- Gruff Lion, Duncecap and Lt Headtrip-- plus NYC staples Premrock and Warren S. Britt. On the beats, Googie enlists his labelmates Headtrip and Samurai Banana (who also supplies the cuts), and gets help from Montana Macks, Fresh Kils, RedDirt the Illusionist, Jeff Markey and two original beats from indie rap legend Blockhead. The end result is 45 minutes of instant classic.

Stand up, get down and go berserk. If you don't have as much fun listening as Googie had creating, well, "'Tis what 'Tis."

Lyrics by Googie unless otherwise noted.