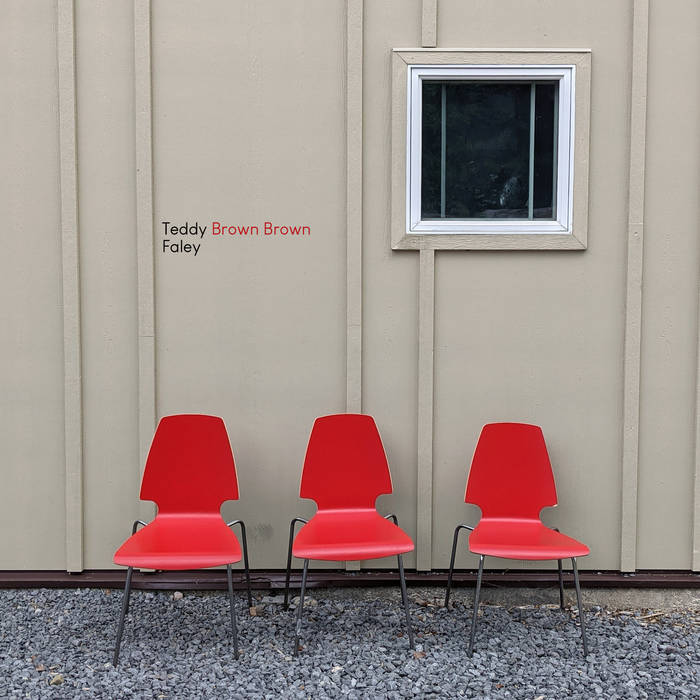 Sko. In my opinion Faley is one of the best songwriters and writers in general that I've discovered in a really long time. The way he explores pain and loss, subverts, self-depricates...his music is clever without being cute, takes itself seriously, and oozes sincerity. I'm not sure what more you could want from art.

unclebengi A singular work that’s as brave as any album I’ve ever heard with a top shelf skill level to match. Crushingly beautiful. Favorite track: Vic.

CainaKhanii The line "shit be gettin lit and darken everything" rounds a good bit of it out so well. There's a lot to this album and i adore it. Word to everyone involved. Favorite track: Meddlin' Kids.

Teddy Faley is the kind of disgruntled rapper that hated everything before it was cool and keeps it honest with a quicker wit than your favorite uncle. His sincerity is almost intimidating; it's rare to hear a musician who doesn't lean on a derived character or hide behind a superhero name. On his new album, Teddy Brown Brown, he showcases his casually nihilistic sense of humor through storytelling, recollections, and candid observations. His effortless charm pervades through even the most morose song topics, cushioning the pain of his mother’s death with a humorous take on cigarette adoration, for example. While fitting into his general aesthetic, this record has its own flavor; it's more straightforward, less mired in metaphor, than his previous work without sacrificing the intricate writing and emotional depth that his audience expects.

Unlike his prior releases, two other musicians share most of the album's production on Teddy Brown Brown. Tom Delay Beats, whose addictive loops are augmented by divergent drum sequencing, crisp mixing, and selective use of synthesizers, lends his signature sound on half of the record's tracks. ALXNDRBRWN, a producer from the southside of Baltimore City with releases on Strange Famous Records, provides Teddy Faley with beats that are felt in the soul while helping Delay shape the gritty landscape for Teddy Brown Brown. Both producers, whose surnames are coincidentally Brown, provide Teddy with the ideal landscape to express himself now that he's matured beyond the angst of a young adult and blossomed into a full-grown, bitter man.

The Hammer and The Relentless from the Boston band Malleus stop by for a chat.