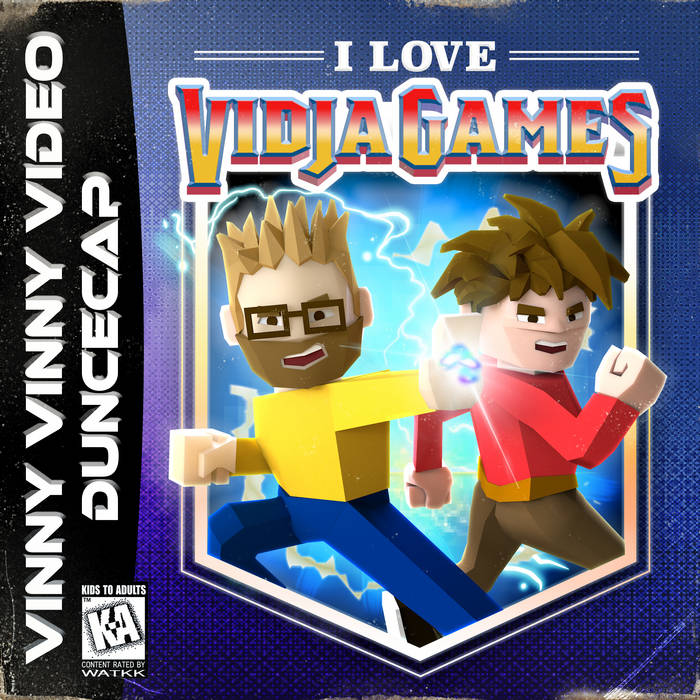 Vinny Vinny Video and Duncecap, two friends with an affinity for video games and rap music, combine their passions in this aptly titled debut album, I Love Vidja Games. Plug in with these self-proclaimed nerds as they reminisce about growing up alongside old school technology, recount the thrill of meeting a virtual challenge head on, and discuss the intricacies of multiplayer modes. Whether you are over-encumbered with life's tasks or in need of repairing some key items, you can lighten your spiritual load by plugging into this musical adventure that will pick you up somewhere in the Mushroom Kingdom and drop you off in the middle of Hyrule. I Love Vidja Games is an album for gamers, by gamers-- a tribute to everything that bleeps and bloops, and most of all, the memories that come with losing yourself in the digital worlds we grow up with.

All songs written by Vinny Vinny Video and Duncecap unless otherwise noted
Additional lyrics on track 5 by Mega Ran
Engineered, recorded and mixed by Headtrip at Karma Kids Studios and The Greenhouse, NYC
Beat layout on tracks 2, 7, & 10, and additional instrumentation on tracks 4 & 10 by Headtrip
Mastered by C$Burns @ COSMIC BLACK, Portland, ME cosmicblackltd.com
Artwork by Katharine Wynkoop

The Hammer and The Relentless from the Boston band Malleus stop by for a chat.