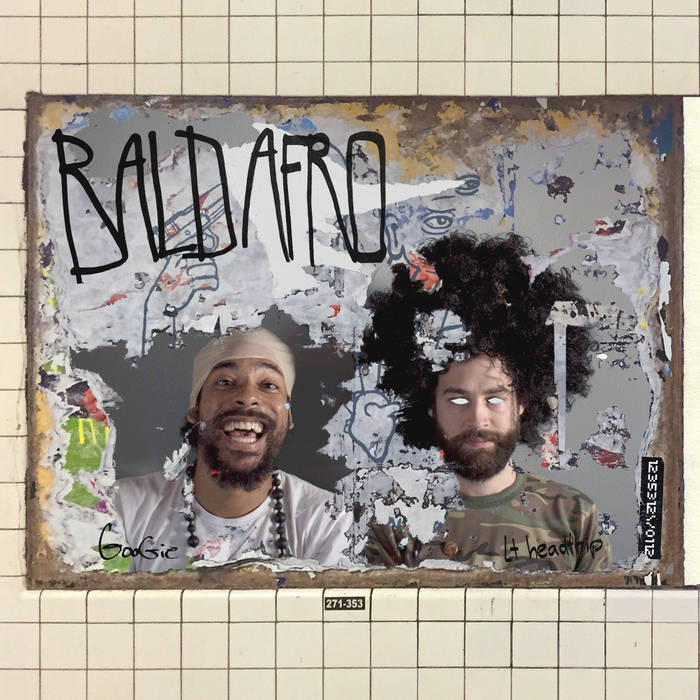 Bloodmon$y Perez the dichotomy of headtrips occasional screamed delivery, balanced by googies steady relaxed approach create a very dynamic album. not only can these dudes really rap their asses off, but they weave in humor effortlessly. Favorite track: Sumpin' You Ain't Used To.

BALD AFRO is the debut project of underground MC’s Lt Headtrip and Googie, both members of the Queens live wire rap group, Karma Kids. They’ve been blowing up venues across the city for years with their signature punk-inspired performances, opening for the likes of Milo, Open Mike Eagle, Kool Keith, and MC Paul Barman. Now, Trip and Googie have struck out on their own for this collaboration, which highlights their unorthodox chemistry. Trip’s loudmouthed aggression, born from a Def Jux dystopian nightmare, is smoothed out by Googie’s laid-back storytelling. The record features production from Samurai Banana, A.M. Breakups, Headtrip, guest verses from Reservoir Sound's Warren Britt and Hype Wonder, and cameo appearances from the extended Karma Kids/Reservoir family. Throughout their hard-earned bars, Googie and Headtrip still manage keep a humorous strain, mocking underground rap while paying tribute to the tradition.

Presented in conjunction with Reservoir Sound.